Participatory democracy and what developers can do to help

Even after the birth of the civil society, there has been a considerable gap between established governmental bureaucracy and the needs of the average citizen. Even though democratic mechanisms are in place to elect and dismiss decision-makers at the local level, voting once every four years can hardly be considered a sufficient method of feedback between residents and the politicians making decisions on their immediate surroundings.

Some of these decisions may seem small, while others are more far-reaching. Regardless of the scope of the decision, however, more often than not a decision done by the city entails permanent physical change. For the most part, cities are not set in stone; however, they are set in steel, concrete and pavement and the legacy of each decision will last for decades to come. Decisions should optimally serve not only current residents, but also the future generation of city-dwellers.

From Jane Jacobs to data-based democracy

Since Jane Jacobs pioneered active citizen participation in urban decision-making, much has been done to ensure sufficient participation in the planning stages. However, 20th century technologies didn't allow real-time transfer of city planning data to the populace, and neither did they allow any direct feedback or data harvesting from citizens back into the planning process. Lately, on the other hand, reaching out to citizens has become much more straightforward, and feedback channels from citizens to the city planners have multiplied. The processes in place in city planning are still rather rigid and linear, with citizens getting their say at specified points in the planning process, but progress has been made.

It must be pointed out that introducing direct feedback and data gathering in the planning process should definitely not be an added burden or an extra requirement borne out of ideology. Rather, direct feedback, data gathering and agile processing and reprocessing of research data are all essential to obtain the best possible planning result. Conversely, transparency and openness in the planning process all the way from early stages to the end result guarantee citizen approval of the plans.

Most importantly, open data on planning, including all the research it is based on, makes it possible for individual citizens and all interest groups to analyse, comment and provide alternative solutions to the problem at hand. The success of a new participatory model of city planning is evidenced by groups such as Lisää kaupunkia Helsinkiin and UrbanHelsinki, which provide their own suggestions for the city and public to comment and analyse.

From the point of view of a city developer, the prospect of NIMBYism always looms large. It is often feared that increased transparency and ease of feedback will evoke even stronger sentiments against whatever it is the city is planning to do. However, I believe the fear is strongly overstated. More often than not, strong NIMBYist reactions to planning are due to a) secretive planning and failed communication or b) single interest groups having too prominent a role in influencing city development.

Essentially, under the old model, it is possible for one or a few dedicated citizens to a) use their clout to stall or prevent any project, however beneficial to the residents as a whole, and on the other hand, b) drive civic projects whose costs outweigh all possible benefits or which only benefit a small group of citizens, even to the detriment of the city as a whole. As the availability of planning data increases and participating in planning is made as easy and smooth as possible, all the citizens will be heard instead of a vocal minority. Therefore, any plans will have a much broader democratic mandate, and both city planners and interested citizens will have more detailed data on which to base their decisions and discuss their relative merits based on facts rather than knee-jerk reactions.

What developers can do

Depending on where a developer comes from and what their background and skills are, there are a variety of ways developers can increase democratization in the city:

And, not to end my argument on too serious a note, and as a reward for all of you who read my text all the way to the end, please take a moment to meditate on what I said while looking at an adorable squirrel which, incidentally, is also the official animal mascot of the City of Helsinki. 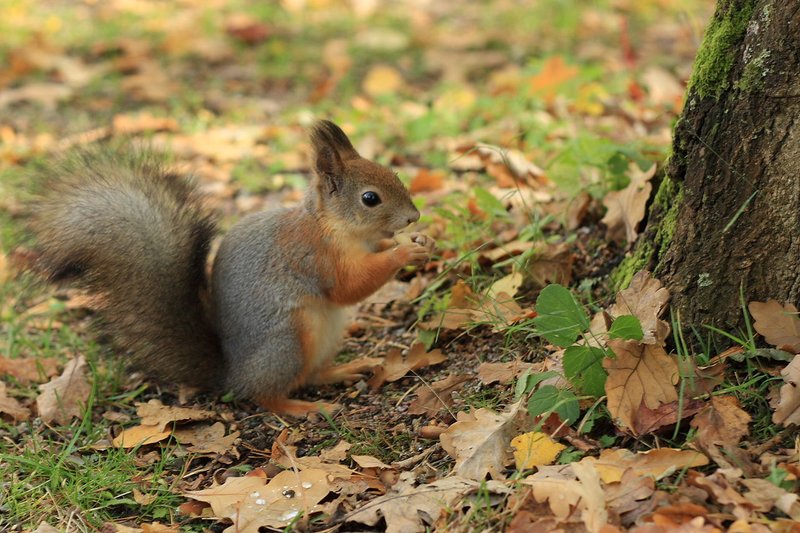