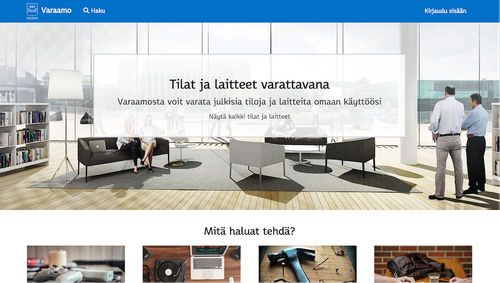 Varaamo aims to provide citizens with easier access to public spaces and other public resources. It works as a booking application that enables users to find and reserve public resources the city has to offer which can include everything from meeting rooms to 3D-printers.

The project started in March 2015 and the first version went live in December 2015. The currently operating pilot service operates jointly between three city departments and allows reserving facilities in a number of city libraries, youth centers and daycare centers. The city of Espoo also joined the piloting phase of Varaamo service in August 2016.

Varaamo is a frontend to Respa.